Congratulations to the Pet Age Women of Influence 2020 Winners

Congratulations to the entire list of winners. We are providing a link to article listing all the winners and their backgrounds. A special shout out to Judy Breton who we have worked with at PetGroomer.com with event promotions. CLICK HERE

Nicole Kallish has written a new article for Pet Age on this very topic. Here is the introduction.

"Grooming puppies and kittens can be a challenge, but through setting them up for success at a young age, a groomer can create a lasting positive experience for the pet as well as the owner. Ideally, the pet’s breeder has worked on training the animal from a very young age to get accustomed to the tools a groomer will use on their breed. For instance, the breeder of my miniature poodles starts clipping the face and feet at about four weeks old. She will introduce the comb, brush and nail clippers at this time as well. Baths can be started at about three weeks by some breeders. When the puppy or kitten get to their new home, I encourage the owners to start their at-home maintenance right away...."

You can use this link to read the full article. CLICK HERE

Grooming During World War II and a Big Earthquake

I read a post tonight by Petstimes2 about the will and strength of the people in Australia to prevail (fires). Two stories came to mind.

First, my mother married into pet grooming. She would joke with others, at her expense, that she was so naive when she married into grooming she thought Poodles were born with the stripes of styles like T&C or Royal Dutch. LOL.

She married Dick (Richard Bright) an amazing groomer, expert hand stripper (and Terriers were his favorite to strip). In the late Fifties he was working at a kennel that raised Airedales by a very well known breeder. But wow his Poodles were jaw dropping too. Yes, he was my stepfather and a very respectful one. If I wasn't bathing and working the front desk I was watching him groom. Stunning, and many handlers coming to town for the annual San Francisco Golden Gate Kennel Club show met with him. 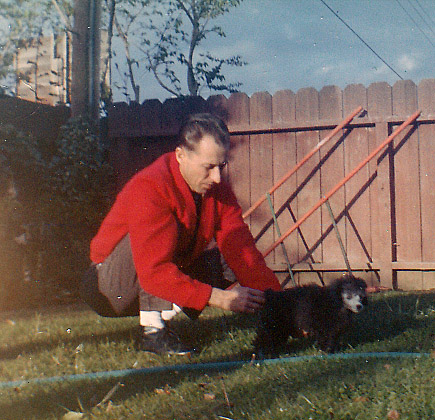 So how did Dick get into pet grooming? Ironically it came from an experience during World War 2.
He was enlisted in service to his country during World War 2, like many males and some women. He spent some service time in Japan but also in the States. He was excellent in aircraft mechanics.
Dick shared stories about the WW2 rationing of sugar and all sorts of things stateside. Retailers struggled. He noticed one of the busiest shops in town near the base was what? A PET GROOMING SHOP. He had never groomed before but loved dogs. Like many soldiers he thought about what he would do for work after the war.

Near his stateside base was a kennel with grooming and an Airedale breeder. When the war ended he found a job with breeders and handlers who taught him to groom to show standards. He remembered the dog grooming shop during the WW2 rationing.

Years later he met my mother and she “finished him” into businessperson that grooms. Standalone grooming shops were still pretty rare and he had spent his postwar years employed. He was a happy hands-on groomer, but starting and growing a business and caring for family was just too much. With Maddie’s contributions and guidance they went straight to Main Street. 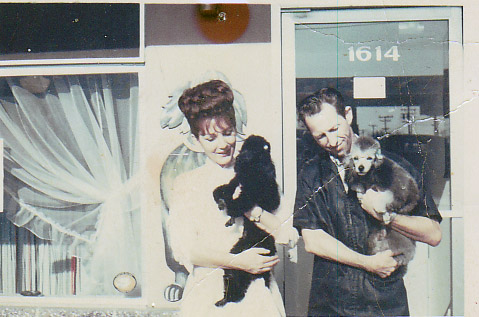 Before their marriage Dick had three young children and Maddie two. The business grew to support the entire family within a year including a new home.

What a purposeful match they were, a match made in heaven they say. Dick taught my mother to groom and they grew a business worthy of her book published nearly 30 years later, From Problems to Profits: The Madson Management System for Pet Grooming Businesses. It has sold over 25,000 copies. It is my honor to release (late 2020) a long-awaited nearly all new edition of her book. I call it a legacy edition and the last version. It will be released to the world free or on some services for less than $2 a download.

Isn't that amazing that with all the rationing of things during WW2 that we now take for granted, a busy grooming shop led Dick to grooming, and Maddie to Richard? It lead to the GroomerTALK message board and PetGroomer.com. Thousands have used our services helping them with their businesses with Grooming Business in a Box®. None of this would have happened if that one grooming shop had not impressed Dick.

Now a closing story that relates the value of the grooming profession to so many pet owners not only in times of war, but earthquakes. I was literally atop a skyscraper (41st Floor) during the San Francisco quake of 1989. We were still gently swaying minutes later and then the fires started. The City was blacked out entirely. On my way home looking back after crossing the re-opened Golden Gate Bridge the view was a black hole save the fiery glow of buildings afire. We recovered, but just a few years later I was in Northridge of Southern CA for its quake! Great timing huh?

Of course things were not normal for several days. People needed to quickly replenish food and water. There were long very slow lines for water. When it came time for stores to re-open the media did a news story. Something a news reporter said caught my attention. He reported people were happy to be restocking foods and buying water. Then he singled out pet groomers reporting surges in business after the quake. People wanted their pets cleaned and refreshed as part of the recovery process.

What a wonderful and interesting field we are all in, and yet these stories are not so well known. There is human interest in what we do but too often pet owners hear the dark side reports of the small number but tragic accidents in our industry. Only groomers really understand how we commit our careers to helping pets and their owners. ● 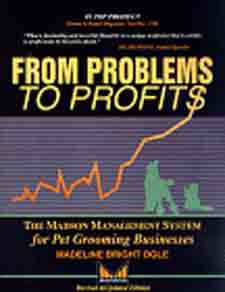 “YankeeDoodlePoodle” signed up 12 clients in the first 30 days after implementation. Learn more about the program.

Grooming Smarter: The Blog Celebrating Over 1,020,000 Pageviews at GroomWise.com

PetGroomer.com provides free blogs at GroomWise.com for eligible authors and sponsors. Some of them are by award-winning groomers, and none is more so than Grooming Smarter based on pageviews. Every day hundreds click the blogs or sign-up for blog feeds.

What does it take to get 1,020,000 pageviews? Dedication. To date Debi Hilley, the blog’s author, has written 351 posts, most with pictures and videos of her creation.

Debi’s posts are hands-on grooming helpful with keen and unique ideas for grooming including business ideas, products, tools and equipment, and all sorts of how-to demonstrations. In the last 30 days before this message her blog got 10,000 more pageviews. Visit Grooming Smarter at GroomWise.com with this link.

After making national headlines by claiming PetSmart groomers had killed her dog, owner Danielle DiNapoli is now apologizing for her claim.

You may remember the Facebook page Justice for Scruffles which made the original accusations. Now the story has changed and the page says “I would like to take this opportunity to apologize to PetSmart. I never should have said...that PetSmart killed Scruffles and for that I am sorry...I have since learned that other health factors caused Scruffle’s death and PetSmart did not kill my dear Scruffles.”

To read more about this story use this link. CLICK HERE ●