Yes you CAN shave a Husky with a Bravura

Here is what we did today using the Bravura Clipper. This Husky was last groomed November 28, 2009. Yeah. Almost exactly 2 years ago.

I keep hearing from people that this clipper cannot do anything heavy duty because I KNOW you can use it for almost anything from feet and faces on poodles to full body clips on matted large dogs. I was dreading  BIG tiME shaving this dog down before his bath with a 7F or even a ten blade. I just knew it was going to take forever to get the hair off him.

I had some resharpened blades on hand so I was not worried about dulling a blade. If I had ruined ne then the sharpening would have been tacked onto the grooming bill, but the clippers we used still work after he was done with a good cleaning. I have used them all day today and not one glitch with them.

I hear all the time that blades are expensive, but honestly as fast as this clipper allows me to do my job and with the lesser stress on my body I would replace the blade weekly if I had to. Good thing is though I don't have to! Don't just toss the blades when they go dull. Wahl will sharpen them for $12 and several other sharpeners will do them as well. Northern Tails, Mitysharp and Love's come to mind. Since we can do that it is no big deal to use this clipper for this purpose.

To be honest, this clipper made this groom take less than an hour start to finish. YES I said one hour. Includng the drying. Without it I would have spent two hours precutting, then had to go back and regroom the entire dog instead of just touching it up after the bath. 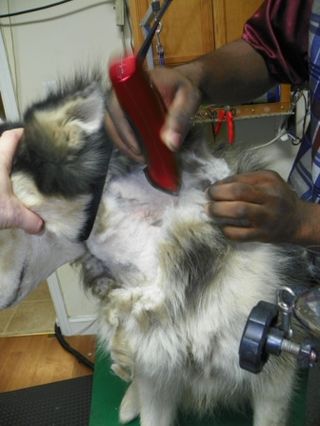 You can see even his neck is super matted. I was cringing when I saw him. 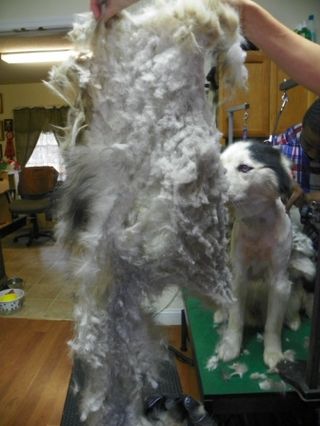 Hair from the side of the dog. The owner said he was "thick". I guess he was. 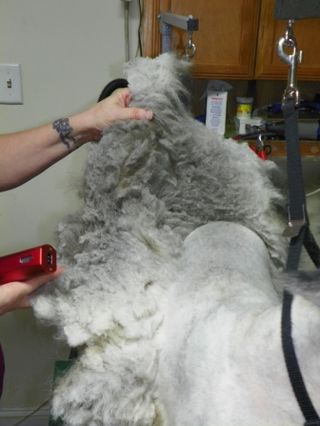 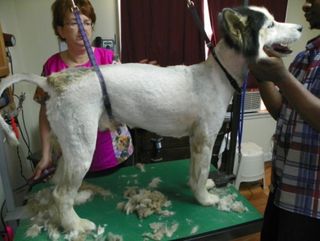 We had to leave the hair at the base of the tail until after his bath because it was so full of sand. I even tried the Andis with a skip tooth 7 and had no luck. It was spitting sand at me, so I said forget about it! 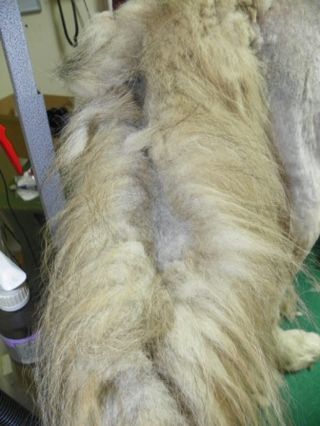 This is his tail. I had to split it with shears to get an access point to begin clipping it. 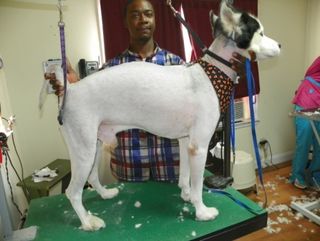 And for those of you who do not believe me, here is a short video clip of how easy and fast the hair came off.

This clip is just a few seconds long, but shows how easy the hair came off. Even on a dirty dog.

So while I generally frown on grooming dirty dogs, we made an excetion today and got this badly matted dog done fast and easy on us and the dog. Hopefully it will show you how well this clipper works for that purpose.

Make your job easier and get the tools that will save your body, your health and your time. Investing in tools that save you time make you money in the long run. Groom SMARTER not HARDER!