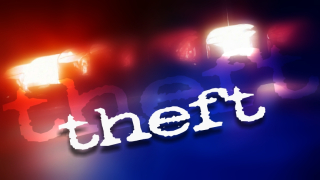 Sadly this is not the first ti me I have written on this subject, and in my town, not likely to be the last, but are you protected should you have an overnight break-in?

Do you have the following things?

Those are questions I have had to bring to the forefront of my own shop preparations as I found out after a small petty theft break-in last week that the ONLY THING I had 100% covered correctly was my insurance coverage.

Lets go through one by one. I have alarm with monitoring. I have GOOD fire and motion detector coverage of the entire shop. Many of you avid readers recall my post a few weks ago about a fire alarm going off? WELL It wasn't the fire alarm after all (I will cover that in a few minutes) but rather a motion sensor that went off. Not sure someone didn't break in causing the alarm to go off and the alarm scared them off before they could take anything BUT they were able to gauge response times after they set it off. Apparently theives will do th at. 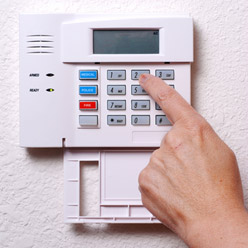 As for the correct call line-up for the alarm company, that is up to you, but the correct line up SHOULD BE fire or police first (according to the code they get) then the first response owner/agent (in this case my son who lives 2 miles away) and then the person of your choosing afterwards. MINE unbeknownst to me, had been changed to call the shop first (in case of a false alarm) and then ME (I live an hour away and then do as I told them, which delayed response time by at least 10 minutes. THAT has been fixed.

Are your zones for  your alarm wired in correctly so that they send out the correct agency in response? Mine were NOT. They were mis-wired to send the wrong zones to the monitoring company. As a result, they thought a fire alarm was going off instead of a motion sensor. Delayed response time again. You can have your system checked by your company free of charge if you ask  and yearly check ups too. I need to add we had done alarm testing. BUT never followed though on the zone testing. We had notified the company we were testing the alarms and tested doors and motions and they set it off inside the building so we thought we were covered. Apparently not.

Cameras are a bone of contention with me. Many shops run 24 hour a day cameras even in the grooming rooms, but I refuse to do that. I trust my employees and I know my clients trust me. BUT I am having one installed in the main room that will be motion activated and send a recording via wifi to my phone and save it there in case someone gets into the shop without disarming the system. I will then have a good photo or stream of the person and know better who they are. Unlike the cop shows on TV fingerprints are NOT easy to find and in most cases are NOT found. As a result you rely on video or the thieves being stupid to get caught. 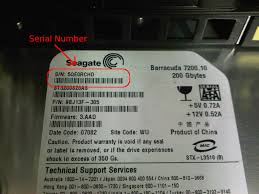 Are all of your important serial numbers recorded? Like on your tablets, laptops, computers, drills (i know that sounds odd but its important), cameras, shop cell phones...I have since this break-in, taken photos of every item with the serial numbers and recorded it in a private FB album and a private Photo bucket folder as well. You need to do the same thing with all of your equipment, even the stuff that doesn't have serial numbers. Shears, clippers, tables, etc all need to be documented photo wise and the photos stored OFFSITE in the cloud so that you can access them if needed. The police will want to see what was taken and your insurance company will want to know as well if a major theft, like happened to a friend of mine the other day should occur. Her entire shop was emptied of shears, clippers, blades and anything at all that the thieves thought they could make money off of. Police watch Craigs List, eBay and yard sale groups, so there is a good chance that they will get caught if they try to sell it off that way, but one would not ever think that shears would be stolen, however it happens!

The next question seems like a no brainer, but let me explain what had not occurred to me at all. Of course we put away all cash from the drawer right? BUT how many leave tips in a tip jar, a collection box for a charity, OUR OWN check books and deposit slips and if you do mobile banking the already-deposited checks...what do you do with all of that stuff? I left my own checks and my business checks as well as deposit slips in the drawer. Never thought about it. They were taken. I also had about a weeks worth of clients checks in the drawer (under it where they were stored pending shredding) and they were stolen as well. NOW they cannot cash them again, but they have the clients name, address, phone number and ACCOUNT NUMBERS on them opening them up to identity theft, so I had to notify everyone that MIGHT have had a check stolen about the theft.

We now keep ALL checks and deposit slips, including mobile banking deposited checks in the SAFE until we need them. The safe is in a closet, bolted down and closet LOCKS. It may not stop an extremely determined thief but they would literally have to know it was there and how to get into it to get it and out before the police arrived.

I am one of the odd people that has all my antiques (furniture and dog statues mostly) at my grooming shop because I spend so much time here that I get to enjoy them more here than at home I also have a huge collection of dog figurines and vintage cameras at my shop. While I do not worry that someone will steal them I DO worry that a thief might trash the place and break them. So I have a complete inventory of those as well and they an addendum to my insurance policy in case they are stolen or broken during a break-in. Many co uld never be replaced however, but at least I have the photos just in case. These things are also not going to be covered under most insurance policies for businesses, so I had an addendum written in (at extra cost) to my policy to cover them. If your company will not add them on, then find a company that will insure y our collections. ITs not much money but peace of mind is a wonderful thing. 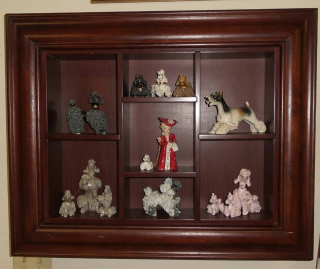 Prescription medication is also something that was taken from my shop during our incident. Keep it ALL locked up unless you want to lose it. IF it is stolen and it is a controlled substance it makes it a felony on the part of the burglar. MAKE SURE to list it on your police report and notify your doctors office and pharmacy. That can prevent unauthorized refills and allows you to get refills with no penalties on controlled substances, like Lyrica, Vicodin, Trezix, etc. It's always important to list it even if it was one pill.

One thing I learned about tablets and phones is to ALWAYS keep them signed into Google. There is a neat feature with Google that allows you to track  your device and locate it as well as SHUT IT OFF completely. That means it cannot be used by anyone else, your information is wiped off the device (accounts, music, photos, contacts) and you have its last logged in location. AFTER the item is located you can then change your Google password for added security. BUT  until the device is located you do not want to change your Google password! All of your other passwords, like banking, pay pal, email, etc those should be changed IMMEDIATELY if they are stored on the device stolen, but never change Google until the device is found.

So, check with your insurance, check with your alarm company. If you don't have either then GET THEM! Document everything of value in your shop, right down to the cages, shears and dryers. Record everything you can for identity sake off site in the cloud in a secure location. Serial numbers again, photographed and recorded offsite. Google active on lost electronics...and lots of prayer that you NEVER get broken into and have to deal with this! I have had to deal with detectives, insurance, banks, clients, alarm companies...it has been a helluva week here at A Cut Above!

But we are stronger and better for it!

Great post Debi - we don't have a storefront given we are a mobile grooming service but you pointed out a few things that got me thinking about other security measures can we take. Love the blog by the way, keep up the great work!