"FairWinds" Grooming and Farm is an Oasis of happiness in Appleton, Maine

In June of 2001 I met Daryl Conner at the NDGAA show in Nashville. We "knew" each other from the Groomer's BBS online forums but did not realize it. I think we were both rather "in awe" of the other by reputation (I know I was!!!) and we became really fast friends.

At the time she was living in Memphis TN and yet not too far into the future she and her adoring husband Chris and daughter Racel would be on the move to a tiny town in Maine, moving into a 100 year old Farmhouse and miniature farm she called FairWinds, after a US Navy proverb "Fair Winds, following seas" and began working at a local grooming shop. 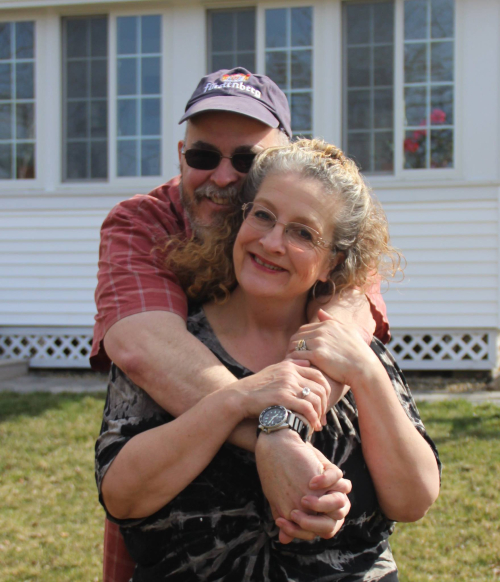 She completed her ISCC Meritus certification and began speaking at trade shows and private seminars. 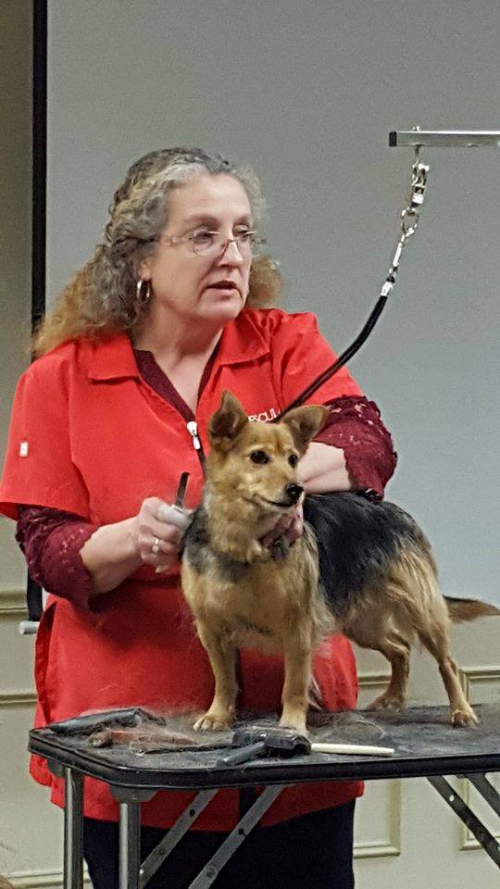 She has won 3 Cardinal Crystal Achievement Awards and been nominated for multiple Barkleigh Honors awards as well. 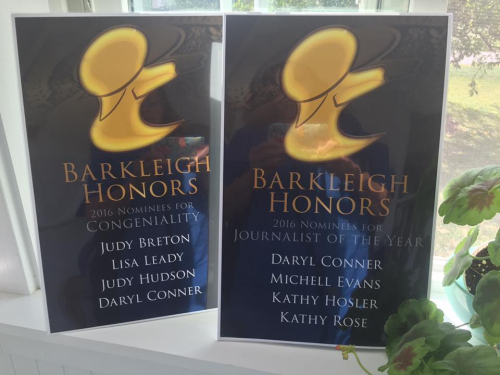 She loved working at "the Yankee Clipper" and I was floored one day when she messaged me saying she wanted to open her own shop, but she was serious and she did! Never in her life did she expect what happened as a result, but she has turned her happy little salon into an oasis the likes of which many people never even imagine, let alone experience. 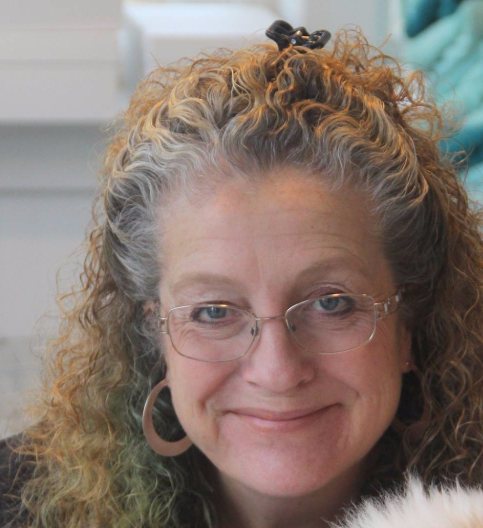 I know of many many groomers and many of them have dogs, like Daryl's poodle Flirt (my grand dog) and Bravo, yet Daryl is the only one I know that has goats, ducks, rabbits, a horse, a donkey (named Abraham!), chickens and sheep that her clients get to interact with while they wait on their pets to be groomed. IN fact, some clients stop by JUST to say hi to the animals in between grooming sessions. 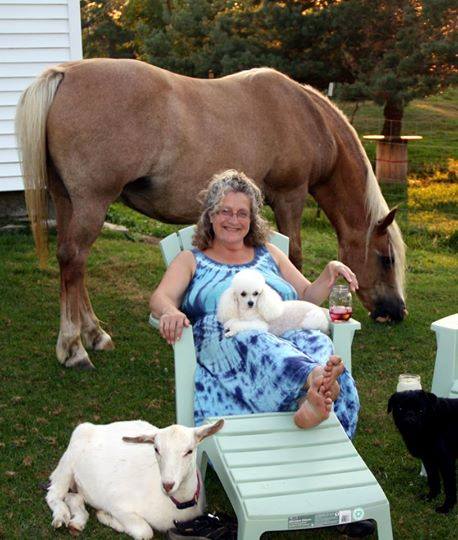 "My shop is around 300 square feet. I transformed the front porch of my 100 year old farm house into my dream grooming studio.
The closest "real" town to my place is about 16 m iles away. My town is so small that we share a zip code with the next town.
I can't see any neighbors from my house!  I loved where I had worked for 11 years, but as my little farmlette grew I hated leaving my animals each day. When I was at work I worried about my horse, goats, chickens, etc. while I was away from home. I had to put in all new windows, insulate, plumbing and electricity, and the total came to probably around $20,000. It was a home improvement... the porch needed some work.I had to have a path put in, and a new tiny deck, steps,etc..." Not too bad when you consider that it improved the home and added to the house value as well as providing her with a place to work that feels "just right".
When I asked her "How long before you felt "successful" she responded: Almost right away, oddly enough. I was busy from day one. I did a press release and the local papers picked up the ensuing article. (It is a wonderful piece so I am linking to it HERE) The phone began to ring. I put in chairs for people to wait if they wanted. My web guy said, "You should make that a focal point of your business." and she has! 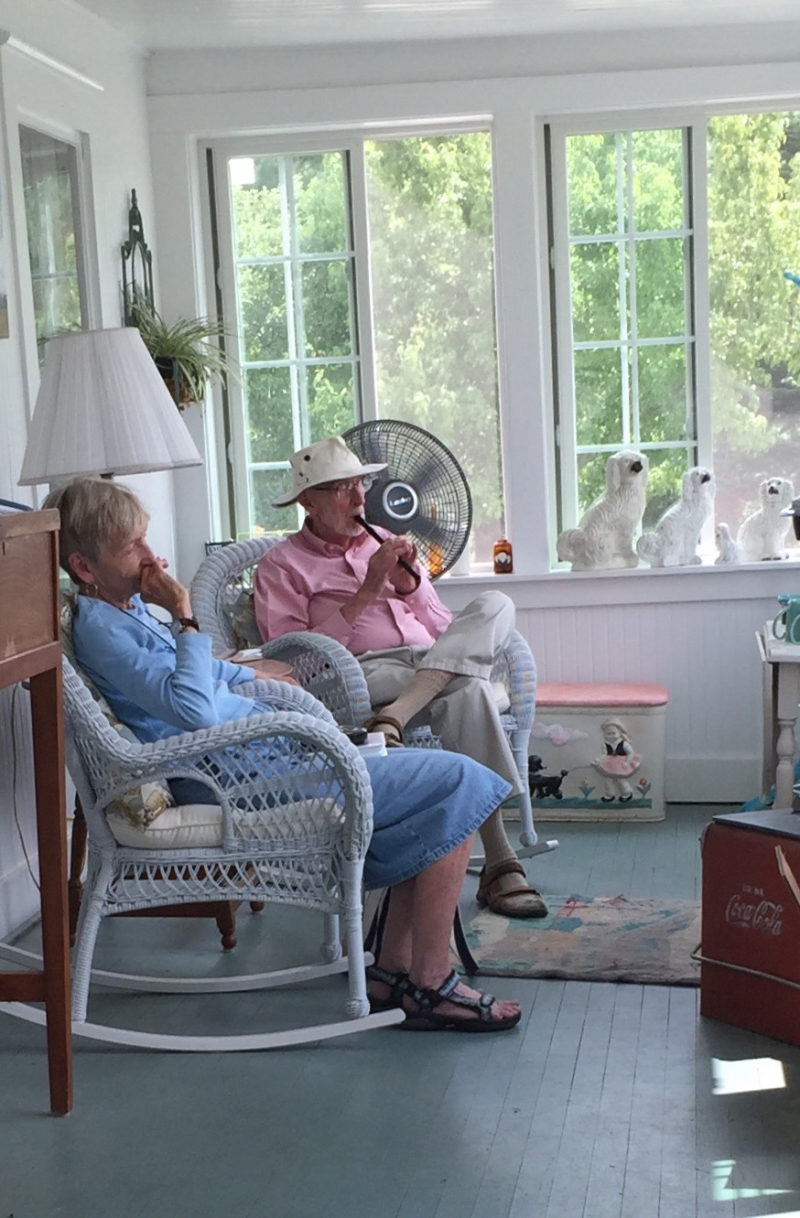 She is a talented baker and bakes fresh treats for her clients daily. Add in a Keurig Coffeepot and you have a place many do not want to leave! 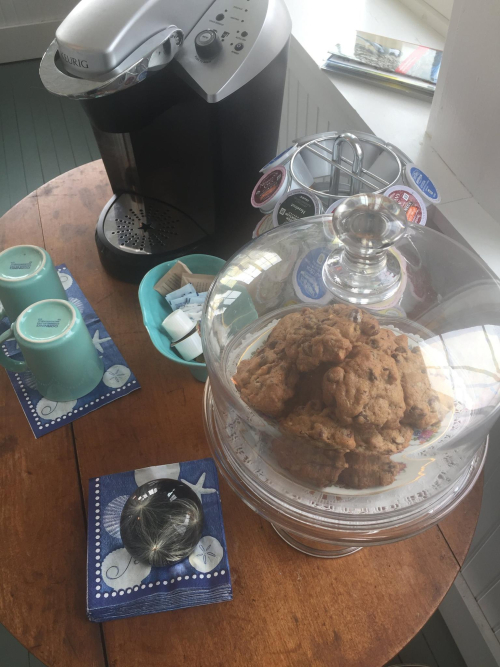 I was trying to find photos of her shop to share and she had so many I had a hard time choosing so I am going to just finish up here with a few more of my favorite shots. 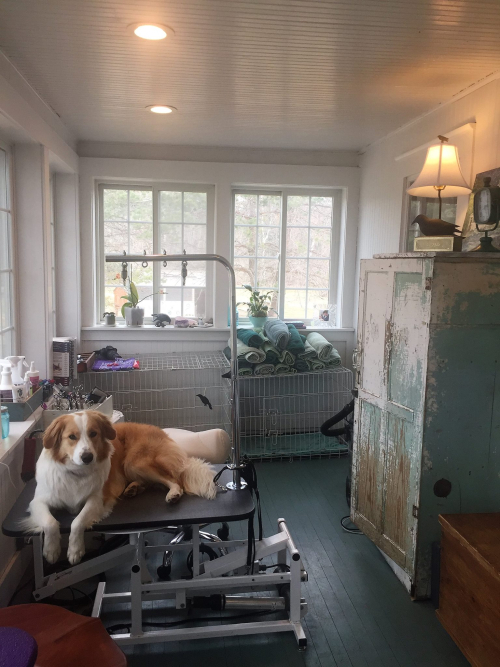 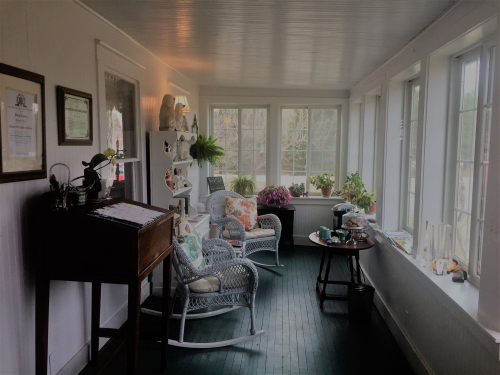 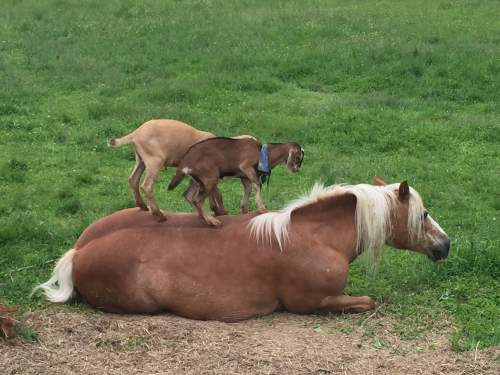 Daryl said to me  "My customers all seem to love the place. I have had more than one say, "This is the happiest place on earth."....and I can see why they feel that way! I wish we could all live the life that she and her family do and be as truly happy as she is. That is a dream we all would love to have come true!