The Importance of Photo Documents

One of best things about the advent of cellular "smart" phones is the handy dandy camera built into most of them. Most of us have adopted the use of these phones, and find we keep them with us the majority of the time. This means that a camera is at our fingertips. I take pictures of cute dogs to share on my Facebook page, or to give to their owners. 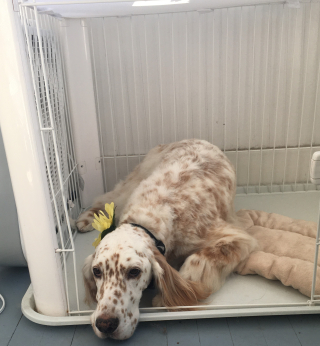 I also take pictures of dogs that come to me with extreme matting.  In the below picture, it is easy to see how very tangled the beard on this old schnauzer is. What if after I groomed this dog the owner complained that the beard was trimmed too short, or that it was sparse because I had to remove so much hair while dematting? I would have this photo to show them, and remind them just how matted it was when they brought it to me. 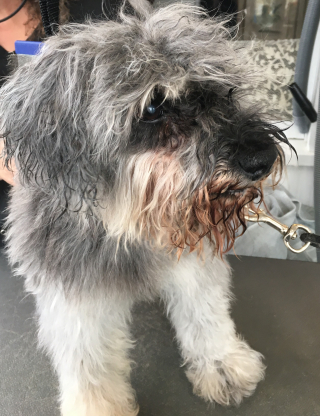 Sometimes I find something on the dogs body that may be of medical concern. An injury, growth, discolored skin or ingrown claw. I once lost a cat customer because he was convinced that I had cut his cats toe pads. In fact, three claws had grown deeply into the pads, leaving wounds when I cut them. (You could argue that I should have left them and sent the cat to the veterinarian. That certainly would have been a valid option.) If I had a photo I could have argued my case, but I did not.

In the unfortunate case that you see a dog has some clipper irritation or minor abrasion from grooming, take a picture of it. Treat it, tell the owner about it, and have them look at it before they leave. Then if the dog goes home and rubs on the carpet, scratches or chews on the spot and makes it worse, you have proof of what it looked like while in your care.

It is so easy to take a quick photo of anything that concerns you, and save it in case there is any question later.  If your phone does not have a time/date option, you can write that information, along with the pets name, on a piece of paper, and take a photo of that, too.