Being this time of year… You may think this blog is about something that is “going around”.

ACTUALLY THIS IS ABOUT THE “ITCH” TO LEARN, COMPETE AND BECOME THE BEST GROOMER YOU CAN.

As a new groomer with very little knowledge or experience I found myself going to dog shows to see what the breeds were suppose to look like. Before I knew it I found myself almost addicted to going to shows. It helped me tremendously with my grooming skills. Little did I know, I would feel that “itch” regularly over the years. 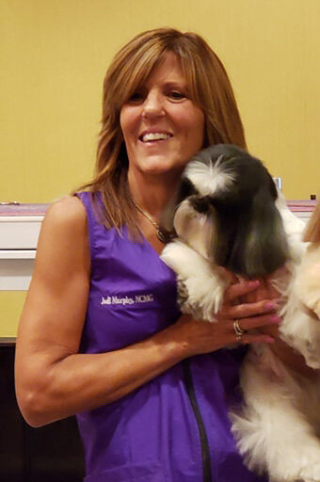 A few years ago I had to make a 2+ hour trip to a vet that was only a few miles from the Spaniel Club Nationals in Pennsylvania. As it worked out, one of my closest friends in the cocker world was showing there. So I just had to stop by and see her. She told me she was going to be there and I was really looking forward to seeing her as it has been way too long!

When I got there she was preparing to go in the ring and she had a gorgeous black and tan cocker on the table. As it turns out the bitch was the daughter of the dog I took to Italy and won a gold medal with. OMG! She was beautiful! As we were catching up, a girl that I know who was a new rising competitor, came up to introduce herself to my friend. She had recently bought a puppy from my friend through emails, site unseen to compete with. My friend had not seen the puppy since the puppy left her at a very young age. By this time he was now a year old and just stunning. As they got acquainted there was almost an instant bond. I stood back and watched and I could feel the excitement in this new competitor’s eyes, as it seems that it was not that long ago that I had had that same feeling. Being a judge and speaker now it seems I almost forgot what it feels like to be in that position.

The “newbie” told her all about her pup and her regrets that she did not bring him. With that eagerness to learn she drove 1 hour back and forth to get her puppy. By the time my friend was done in the ring (winning not only Winners Bitch with a 5 point major but also Best of Winners and Best Bred By) the girl came back with her puppy in tote. She was in awe as she went over the pup and was learning tips and techniques that my friend shared without any apprehension. The kind of camaraderie that goes on in the grooming industry, it is almost indescribable. I have found that teachers want to teach and learners want to learn and when you put the best teachers and the most eager students together great things happen. Now that I find myself on the other side, being a judge and a speaker it was so rewarding to have the opportunity to see someone else with that same “itch”!!! 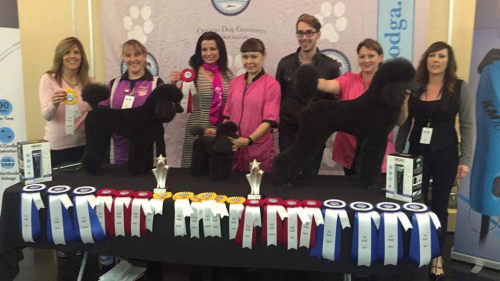 I worked many dog shows with my friend. My experiences at the shows and with her have taught me so much. Over the years of showing dogs I have picked up so many tips, tricks and techniques that have ultimately helped develop my skills and get me to where I am today. Other than just the grooming techniques that you will never find anywhere else, I learned so much about structure, movement, breeding and handling skills and what goes on behind the scenes but probably the most important thing I received from going to shows… the kind of bonds that last a lifetime. How much you get out of it all comes down to how much you put into it!! My grandmother used to say:

"Life should not be measured by the breaths you take, but by the moments that take your breath away!"