How Spirit Became A Part Of Our Family- Part 1 The holiday’s are a stressful time for all of us, so let’s have a little fun with my blog over the next couple of weeks. Spirit wants to join in the festivities with how he became a part of our family as told by both of us.

I don’t think truer words have ever been spoken.

I was walking up the driveway to my veterinarian’s office several years ago, while Kristin Edmonds was walking down with a little white blind puppy. Kristin was a vet tech for VCA Northside Animal Hospital.

Kristin and I have been known to chew the fat. And today was no exception. As Kristin and I were talking, I noticed that Po (that was his name at the time) tilted his head up at me at the same exact angle that Marcus used to do.

Marcus (AKA The Love Bug) had crossed over a couple of months before and I was still reeling from his loss.

I knew in that moment Po was coming home with me.

It was not going to be an easy road as Po had many health concerns that needed to be addressed first.

In this case, happiness is a little white blind puppy.

But let’s see if he can work his magic with my husband. We already had 3 older dogs at home.

I worked it out with all the women (including the most awesome office manager Kaeley Blum) on staff. And the sole male veterinarian, Dr Andrew Pickerstein, affectionately known as P as well. You’ll understand why I separated the men from the women in a moment.

We (hubby and I) had an appointment for my golden retriever Ricky in a couple of days. Kristin was going to casually walk in the room with this cute little blind husky on her way in from his walk and we would talk a bit (nothing surprising or out of the ordinary there) while Ricky and Po interacted.

The day of our appointment, Kristin ever so causally walked into the exam room to chit chat with me and shared Po’s story of how he was surrendered because of all his medical conditions and how they didn’t think they would be able to find him a home. Poor Po would have to live the rest of his life at the hospital.

As Kristin and I talked, other staff members (women) would walk in and comment on how well Ricky and Po were playing. Or how cute Po is and they hope they find a real home for him soon.

And then P walked in the room.

“Hey guys, thanks so much for adopting Po. It will be a couple a months though. We need to get him healthy enough to leave.”

You could have heard a pin drop as everyone stopped and turned to look at P, including Po and Ricky.

Uh, yes we did. Now you can see why I separated the sexes earlier.

For the first time, hubby opened up his mouth and said……..

“However, Po is a dumb name and we’ll call him him Ghost.”

Spirit:YESSSS! While I agree that Po does not suit me, neither does Ghost. We will discuss this in the near future. When we were sitting down with the builders to design our home in Washington, I made some special requests regarding the placement of my office. Specifically, I wanted my office at the other end of the house. The more doors between my office and the living space, the better.

I needed my office to be separate from the home. I was setting a boundary.

I regularly hear how important it is to establish boundaries, but why is it so important. It's why I love this quote by Brene Brown. “When we fail to set boundaries and hold people accountable, we feel used and mistreated. This is why, we sometimes attack who they are, which is far more hurtful then addressing a behavior or a choice.”

Boundaries keeps emotion from taking over. Drama in the workplace, whether it stems from clients or employees is exhausting. Setting and enforcing expectations from either can prevent incidents instead of escalating them.

Boundaries can keep us from resenting our business. If, as a business owner, you dread going to work, the business is no longer your passion. It becomes a job.

You can set boundaries by defining acceptable behavior from your clients, employees, as well as your family and friends that is positive, respectful, and productive.  There is great value in a closed door that people around you honor.

Establishing clear communications through policy and procedure forms and waivers for clients, and detailed expectations in employee manuals will set realistic and expected behavior for those all around. Include If This- Then That rules of conduct.

If a client insults or berates one of your employees, then they are no longer welcome in your establishment.

If an employee calls out on a regular basis, then they need to find alternate employment.

You get the idea.

In addition, set boundaries with yourself that includes establishing morning and evening routines, as well as regular self-care.

Pawsitive Educational Training has many online workshops geared for the pet professional to help define boundaries. We have several on client relations and one on necessary grooming forms, waivers, and checklists. www.PawsitiveEd.com

Will Your Employees Survive The Holiday Season? 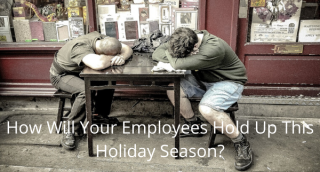 It’s that time of year again. Holidays are upon us and for those in a service or retail operation. It can be hard on us.

Not only do we have to deal with stressed out customers who have no problem taking their frustrations out on us, there are other factors that contribute to our mental well-being or lack thereof.

As an employer/self-employed, whose reputation may be on the line because your employees (or you) are tired and stressed making them prone to causing injury to themselves or any pets in their care, how can you help?

Be aware of warning signs that are out of the ordinary for a particular employee:

Your employees are the front line of your business. Don’t hang them out to dry.

Mary is a business, wellness, and safety strategist who specializes in the pet industry. She has contributed to the professional pet industry as a consultant, speaker, writer, and progressive leader. If you are looking for your business to thrive instead of surviving, set up a free Am I A Good Fit For Your Business consultation, visit www.MaryOquendo.com.

Or drop me a message or email her at Mary@PawsitivelyPretty.com 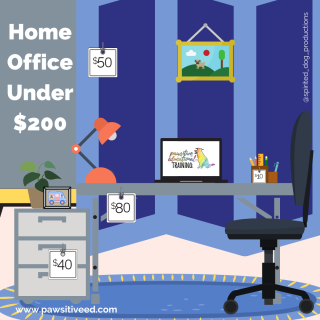 Did you know that having a dedicated space to do your admin work for your business can save you oodles of time?

The ideal situation is to have an office at work, but that option is not always there for the small business owner. And even if it is, if you haven’t scheduled dedicated time during the day, who wants to spend more time at work. Especially when it’s getting darker earlier every day.

Trying to get it done at your kitchen table will double the time you spend on it. Way too many distractions. Family walking in and out of the kitchen. Every time you stop to answer a question or move things out of the way, your brain needs to shift back into work mode. And that can take as long as 15 minutes before you’re back in the groove.

So, what do you do if you don’t have a dedicated space to work in?

A grand total of $200. All portable and easily put away. Get back some of that lost time to spend with your family.

Mary is a business, wellness, and safety strategist who specializes in the pet industry. She has contributed to the professional pet industry as a consultant, speaker, writer, and progressive leader. If you are looking for your business to thrive instead of surviving, set up a free Am I A Good Fit For Your Business consultation, visit www.MaryOquendo.com.

Or drop me a message or email her at Mary@PawsitivelyPretty.com